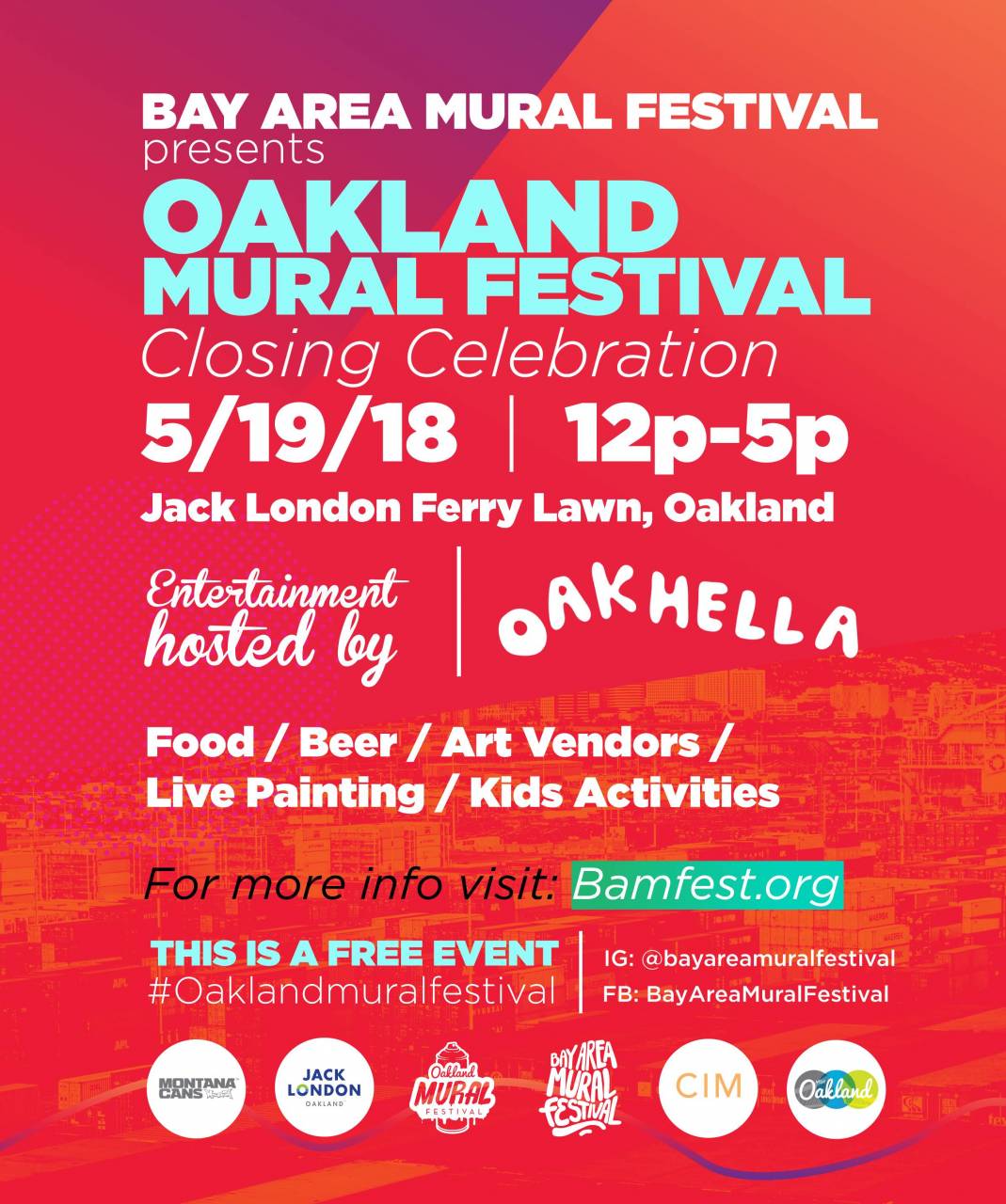 The week long festival will end with a closing celebration in Jack London Square on Saturday, May 19th, 2018 from 12pm-5pm with community painting, performances by local musicians and dancers, kids activities. We will have bike tours of the new murals, which will have free admission and be open to the public. The exact mural sites are yet to be confirmed but check back with us in May for a mural map! More information on the closing celebration, and artist lineup will be available soon.

The Oakland Mural Festival, presented by Bay Area Mural Festival is the same festival we have put on the past two years but with a slight name change. This is to be sure folks know this event is happening in Oakland, but we have the same community oriented approach. Think of this as the Oakland edition of BAMFest.